Collect1900 is a private non-commercial initiative. Our aim is to gather all kinds of practical information on collecting Art Nouveau objects and to present this information to other collectors.

If you enjoy our site and also have a special interest in collecting Art Nouveau, feel free to contact us.

My name is Frans van Merendonk, founder and manager of this website. I've been a collector of Art Nouveau antiques for over more then 25 years, To give you an idea of my fields of interest I give you an overview of my favorite artists.

Archibald Knox (9 April 1864 in Cronkbourne, Isle of Man[2] – 22 February 1933 in Douglas, Isle of Man), was a Manx designer of Scottish descent. He is best known as being Liberty's primary designer at the height of their success and influence upon UK and International design (to the extent that in Italy, Art Nouveau was known as Stile Liberty). Knox's work bridged the Arts and Crafts Movement, Celtic Revival, Art Nouveau, and Modernism. He is seen as a leading figure of the Modern Style movement.

Knox's hundreds of designs for Liberty made his style widely known, though not his name, as Liberty kept their designers anonymous. Most of his work for Liberty was for the Tudric (pewter) and Cymric (precious metals) ranges. The gravestone of Liberty founder, Arthur Lasenby Liberty, was designed by Knox. 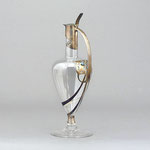 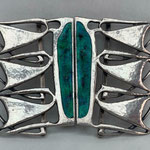 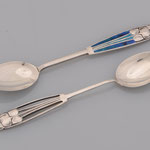 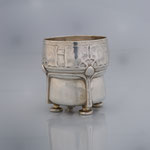 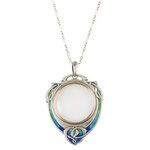 Friedrich Adler (29 April 1878 in Laupheim, Germany– c.11 July 1942 in Auschwitz concentration camp) was a German artist, designer and academic. He was renowned for his accomplishments in designing metalwork in the Art Nouveau and Art deco styles. He designed using a wide variety of objects and materials. (Source: Wikipedia)

His designs were taken into production by, among others, Urania (Maastricht, Netherlands) and Orion (Nuremberg, Germany). 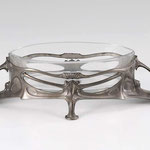 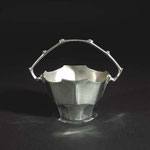 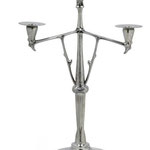 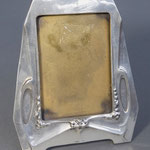 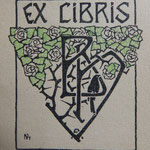 Hector Guimard (10 March 1867 in Lyon, France – 20 May 1942 in New York, USA) was a French architect and designer, and a prominent figure of the Art Nouveau style. He achieved early fame with his design for the Castel Beranger, the first Art Nouveau apartment building in Paris. He is best known for the glass and iron edicules or canopies, with ornamental Art Nouveau curves, which he designed to cover the entrances of the first stations of the Paris Metro.

Between 1890 and 1930, Guimard designed and built some fifty buildings, in addition to one hundred and forty-one subway entrances for Paris Metro, as well as numerous pieces of furniture and other decorative works. (Source: Wikipedia) 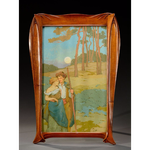 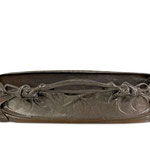 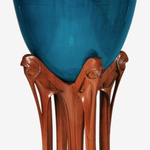 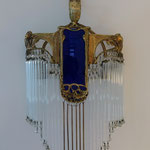 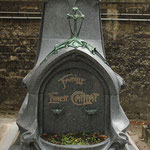 Nguyen Thanh Binh (25 september 1954 in Hanoi, Vietnam) is a bit of an odd one among these Art Nouveau artists. He was born decades after the Art Nouveau period. But his work is so graceful that I don't want to withhold this artist from you.

Nguyen Thanh Binh is an exponent of the increasing popularity of Vietnamese art. After graduating from art institutes in Hanoi and  Ho Chi Minh City, he achieved international recognition for his graceful paintings. His work is  frequently being exhibited around Asia, America and Europe. (Source: www.binh.nl ) 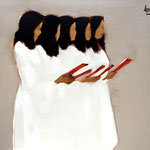 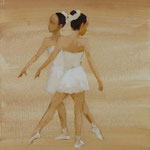 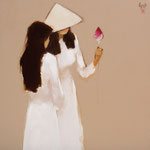 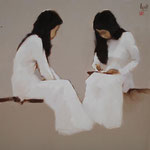 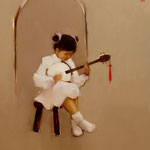 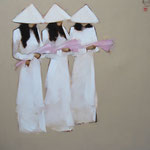 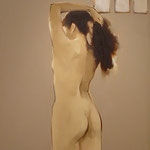 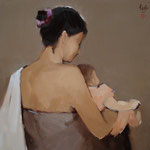 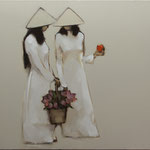 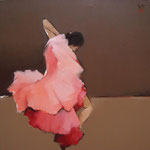